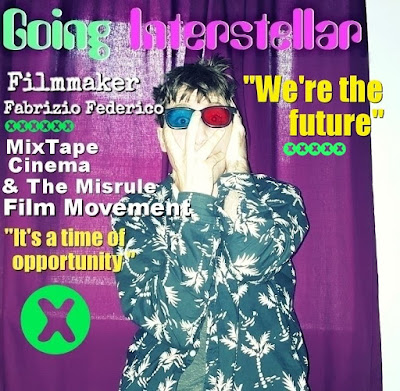 Who is Jett Hollywood and what does he dream about?
Jett is you, everyone can be a star. Well the one’s I remember or catch, some of mine are really mysterious and sensual, full of us rude degenerates having fun at midnight, a lot sighing going on. Other times their more like fairy tales with me flying like superman. The way I fly is by feeling total nirvana and that makes me shoot up.

Every Director has their techniques and process for directing a film can you share a little bit of yours with us?
I just turn up and instigate a situation depending on the personality of the stars of the film. I'm not too pen and pencil about it. Cinema is a physical sport, like a mental action movie. Be a pirate and pillage peoples memories to show to the rest of the world. Cinema is a living memory.

How do you prepare for directing a film, you’ve mentioned before you hate scripts, is there any writing involved at all, if not how do projects evolve for you before we see them on screen?
I only use breadcrumbs. There’s a cuddly yoda called Titi Jones, who is full of inspirational bits. To be fair, once in a blue moon they’re shit; although I now feel that        Austin Powers should be mandatory viewing for all judges. I interview the actor before we start filming and I get to know their history and then if they are brave and fantastic  enough they agree to bleed for the screen. You have to be brave to be in one of my films because you won't be the same afterwards. If you want to have a nervous breakdown then make a film with me.

If you agree to work with a writer and allow them to do the writing for your film what do you expect in return from them if they know you hate scripts?
Nothing really, if their script is good I’ll follow their lead, I don’t mind collaborating, it’s just not my main way, I'm happy to go it alone and make every mistake imaginable, but Jett is the sorcerer side of me. He was a brilliant, selfish brat. But it was ok cose he got things done and with humor. A smarty pants cose he can do it all. I’d rather not plan too much, show up at an interesting location with an image and make it awkward but with a quality that says original bootleg.

How do you prepare your actors or ‘’street superstars’’ for a shoot, is there any characterization involved, how do you develop your characters?
Good question because there isn’t an answer.

What fascinates you about documentary and how does that tie into what’s great about your films?
I don’t make documentaries, they're a lie. Because it’s almost impossible to do now, everyone is now media trained. As soon as the camera is made visible, it kills it. The person becomes politically correct. It’s actually becoming more and more rare to capture anything real on film. Unless it involves hidden cameras or if it's a force of nature, like a large crowd, babies or a natural disaster. The great truth sayers are becoming an extinct species.

As a director what is your greatest fear?
The absolute worst that could possibly happen is that the day of filming arrives and the cast is late and are a load of timid hipster fakes that are covered in tattoos and piercings wth nothing to say for themselves. I love to sit and talk ideas on the day and then do them right away. But they come to the film set only to take selfies of themselves on the film set!! (Laughing). It’s very surreal actually. Thanks for letting me re-live that nightmare. It’s already happened to me very early on so actually I'm not scared about it anymore.

What do you feel is the most difficult thing about film making and what has been the most challenging thus yet?
Difficult is dealing with company people, that is the worst bit because they really kill the magic and joy that you feel when your filming and editing. It toughens you up and you become a shark for that side of each project. I guess you reflect the people that you are dealing with, but most of them aren’t passionate about cinema and are clueless. The problem is that they happen to work in a creative field, but don’t have an open mind. You’d expect them to be cool, but they’re not. Most of them are complete trolls (and you know who you are) who are jealous of you because they secretly want to be filmmakers themselves, but don’t have the balls to do it; just being honest. It’s really shit and a complete waste of energy someday’s, but you fight through it. And once every summer you finally meet a visionary in the industry who is passionate and actually cares about new filmmakers who are making interesting cinema instead of safe commerce. Those people are the angels who make it all worthwhile.

Which one of your films is your favorite to watch again and again, which one are you most proud of and why, what do you think you did during the film making process of that particular film that makes you feel this way?
Yes, each month I spend a week watching my own films 24 hours each day and nothing else for a week. When it’s finished, I think LOON will be the greatest underground film of this century. It catches the wasted teenage dream. It’s a surprise for the future space children and the  revolution of a dream. Total freedom and the destruction of your naked identity.

How do you find yourself dealing with love these days, is it inspiring at all or is it a distraction, tell us what drives you to love someone is it easy for you to fall in love?
It’s a distraction, breakup’s are more inspiring than love. Unless you've made an oath to dedicate a film to that person it can be messy. It’s a great chat up line and romantic but I want more. Love makes you happy and the last thing you want to do is make a film while you're in love, because all you want to do is spend time with that person. Which is why Im taking so long with LOON. A muse is the greatest gift you could ever hope to find. For me falling in love has always been an accident, I’ve never looked for love, it finds you.
So what’s going on in your world today that's been beating your brain lately have you been obsessed with anything in particular lately, any visions?
Today I was reading about Lord Lucan and how he committed the perfect disappearing act after killing his nanny. The other day in Hungary my hotel room was burgled and they stole my laptop, luckily they were nice enough not to steal my passport, so lately I’ve been obsessed with seeing the CCTV footage and catching the thieving bastard and force feeding them curried grass.
What is in the future for you and your projects what's next?
The psychic Jeane Dixon thinks the world is going to end in 2020, so I’ve been living fast. I'm working on live shows more than ever before, Anarchy In The UK was received very well and the 2nd international Straight Jacket Film Festival is coming in 2017, which will create another circus around the world. 2016 was very similar to the energy of 1976, it’s been a year of absolute awakening, the world has gone collectively mad. The UK leaving the EU was a complete disaster. It’s as if someone said ‘’Time to wake up’’, a year with a lot of suffering in the air. But now, 2017 is going to be more like 1967 or 1996, I'm hoping for at least one last new enlightenment with lots of bright paint to happen before 2020. A society open and tolerant full of new opportunities with no barriers, a return to innocence. That's where I want to go to.

What sort of things would you like to improve on as a filmmaker? How do you feel your style influence’s other young emerging filmmakers who are just getting started?
I hope they see the possibilities they can achieve by being different. To galvanize your oddest fantasies. It’s not about pleasing your parents, we’re the future. I don’t know how to be a filmmaker, I know how to misrule, but I guess I should probably invest in some new equipment, my last camera was held together by glue and gum.

What kind of basic film making equipment do you use when you go out onto the street to film guerrilla style besides a camera phone?
I really love DV tape camcorders. The creative part of me is more poetic than being obsessed with technological perfection. Too much equipment gets in the way when making hit & run cinema. The power and energy you can capture is more total.

What’s the story with you coming back to the states to make another film?
It’s outrageous, I want America to come to me.

Ok you walk into a bar and go up to the bartender to order a drink what does Fabrizio order on a good day what does Jett Hollywood order on a bad day?

A chocolate milk for Fabrizio and a snake wine for Jett. 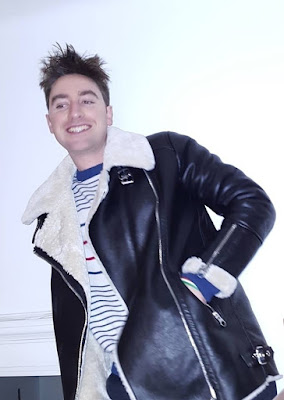 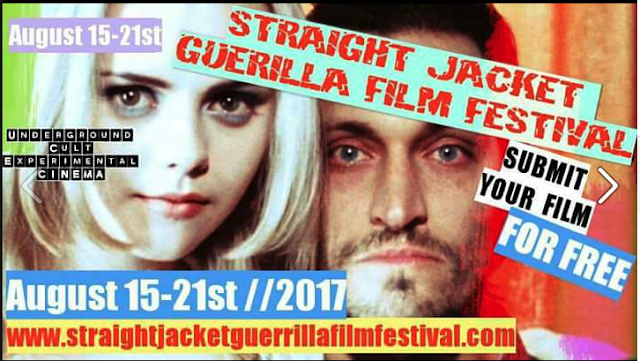 FILM SUBMISSIONS:
http://straightjacketguerrillafilmfestival.com/Straight-Jacket Guerrilla Film Festival 2017 is now open for Feature Film submissions and Music Videos. It's FREE to submit till March 9th.To submit your work for the 2017 Festival's consideration, simply email us a YouTube link to your Feature film (must be over 70min in length) or to your Music Video (must be for a gigging band).Please also include your production info, bio, website and film synopsis to: 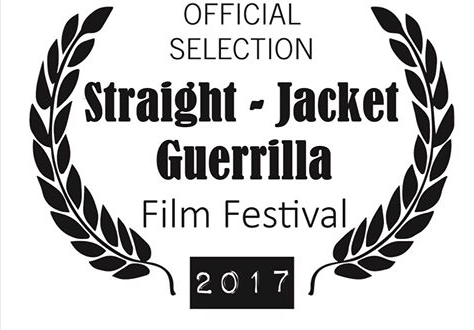 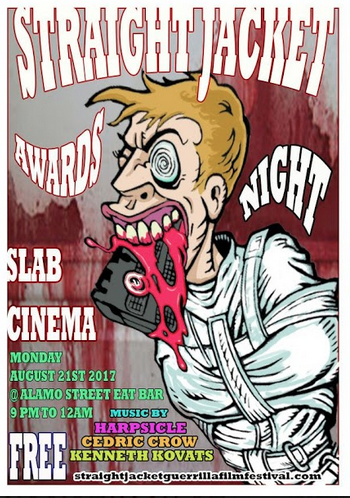 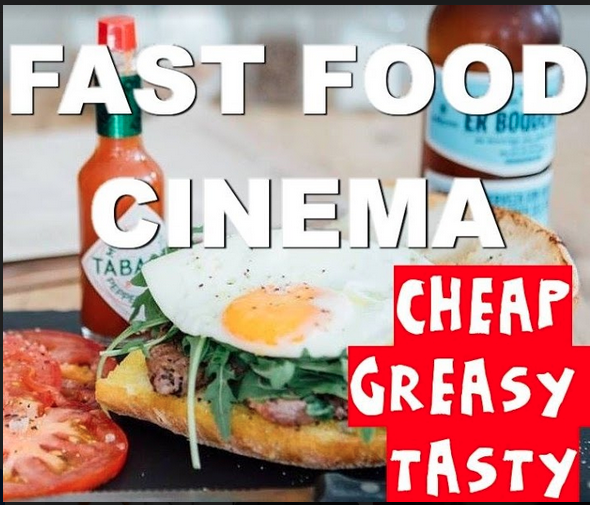 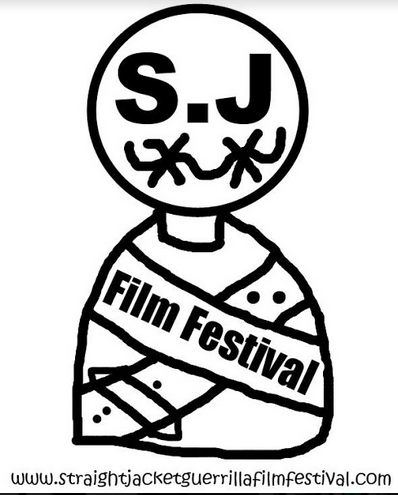 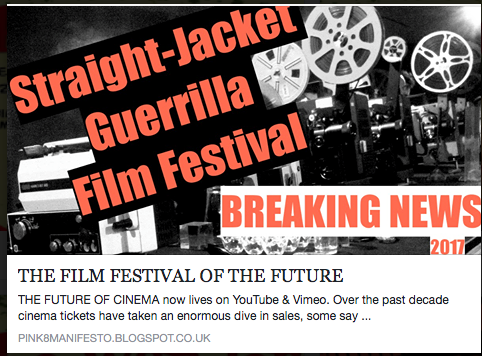 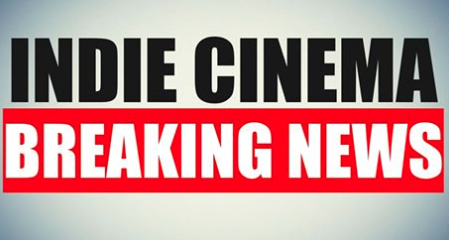 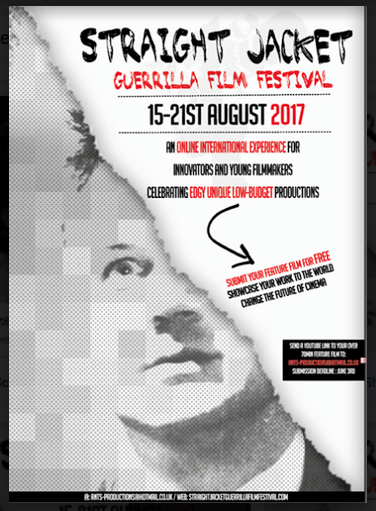 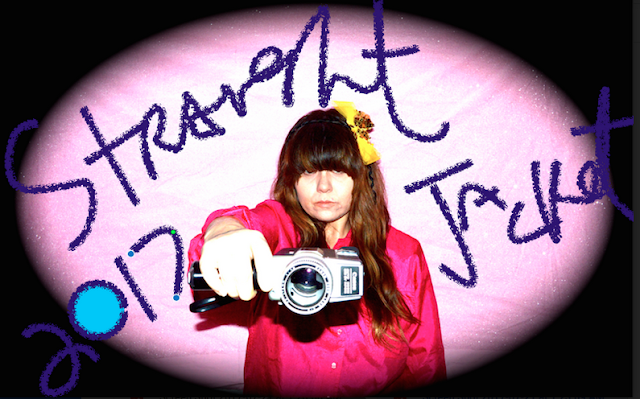 A Counterfeit Film may be a film funded, organized, or promoted by counterfeit capital


Exit Through The Gift Shop 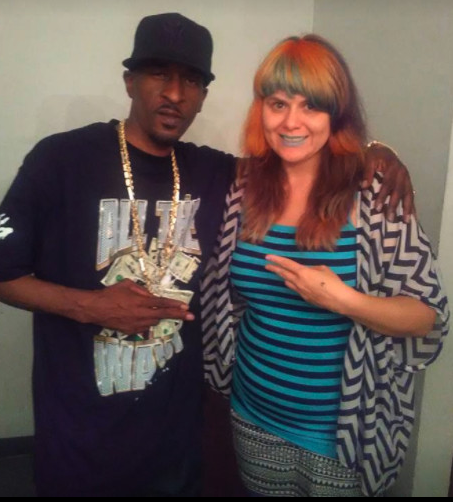