A Discussion with Nino Fournier... What is fake mockumentary and anti art film????

NINO
This notion seems to me as if it revealed the desire to move away from video art without
actually doing something totally different and thus renouncing to bear that classification
which, I agree, has quite a heavy past.
BGURL
The video art classification that is renounced as the possible desire to move away from
video art doesn’t move away its brings fusion to its documentary aesthetic and film
quality moving video art forward because it is a junk film “ junk film aesthetics” and it
continues to move forward with hybrid film such as fake mockumentary film which is a
deconstructed mockumentary based hybrid film of video art and stylized
documentary... the stylized documentary perception i claim to interpret is the future of
video art where empirically it can’t be argued outside the non objective film that does not
include documentary in some form that can still be non objective but informed with
techniques such as computer screen recordings of non objective media being played on
a computer screen otherwise unless it is based on a story the fake documentary is a
form of documentary
mockumentary and fake mockumentary is a hybrid of video art and stylized
observational film that is based on mockumentary structures but a deconstructed of its
self with minimal form that enhances  theatrical elements a blurring of the lines
between performance art and acting where a mock document is encouraged or
ultimately necessary to some point according to the fake mockumentary manifesto. see
fake mockumentary manifesto one of the following acid junk film diary blog posts on its
blogger page
NINO
However, I'm really wondering if it's a good thing or not to try and create a new "genre"
(the anti art art film)
BGURL
the “anti art art film” is not exactly the genre I’m trying to come across as the junk film
aesthetic its only one of its compartments but what I’m presenting as genre is fake
mockumentary the nominated film genre but because junk film is anti art art film , a fake
mockumentary aesthetic is to regard the anti art art film compartmentalization of junk
film aesthetics to rather have limited structure because its manifesto’s rule to break two
obstructions stated in the fake mockumentary manifesto also according to a PInk 8 style
which brings up the question of wether it must be either feature film , short film , or both
in film parts in order to become a video art hybrid in for the evolving future of its film
expectations for expression when it is now considered video art a type of junk film none the less.
NINO FOURNIER.
Now, all those interrogations might also come from the fact that you gave me to read a
MANIFESTO, whose essential role is to put words on practice which precisely should be
word-free (do you say that ?!) because it is video art, not litterature. 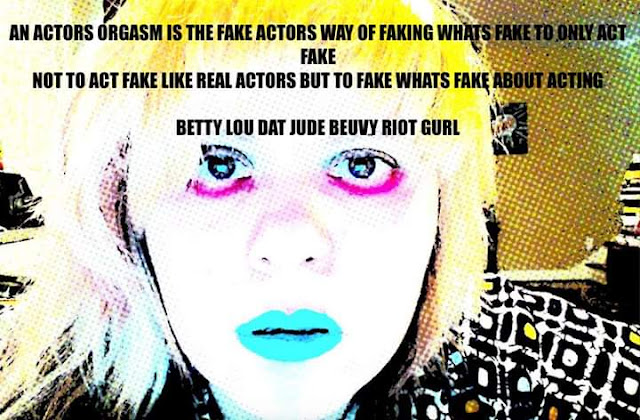 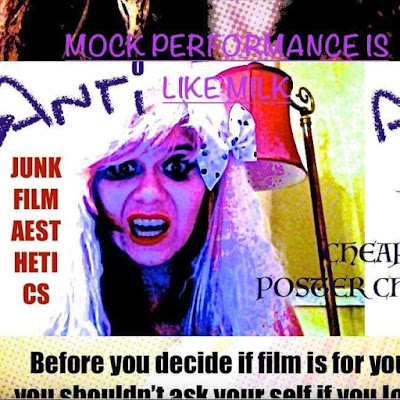 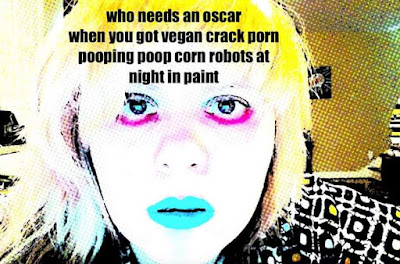 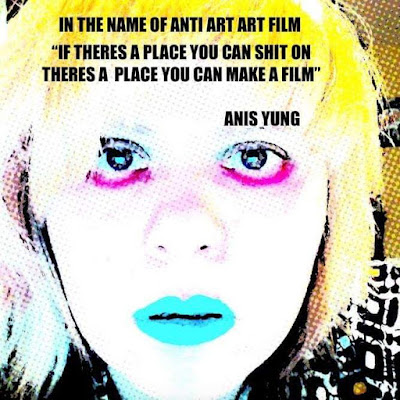